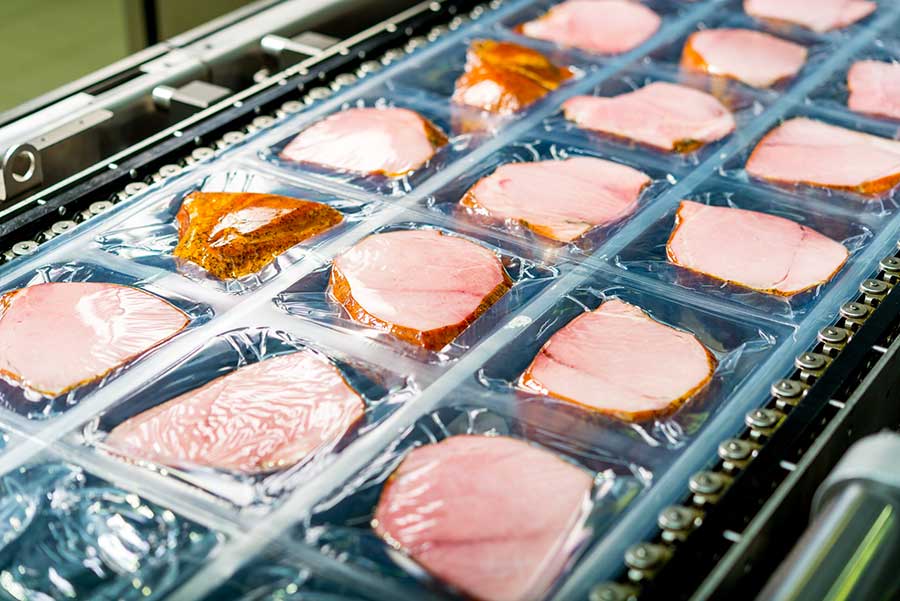 Modified Atmosphere Packaging (MAP) is a packaging technique that allows food and non-food products to have a longer shelf life than natural deterioration.

The main gases present in the atmosphere are the following:

The main oxidizing gas for most foods is oxygen, it is present in a fairly large quantity in the air that makes up the atmosphere, so it is commonly eliminated from the package and replaced with other gases always present in the atmosphere, one of these generally widely used is nitrogen.

There are numerous packaging techniques adopted to preserve products in modified atmosphere, they vary by type of machine used to create the package, the specification of the barrier film, the gas mixtures introduced and the methods of introducing gases into the package.

The system that gives more certainty of results is the vacuum / gas, this system allows you to completely extract the oxygen inside the package and replace it with other gases, the procedure consists in extracting all the air present in the package ( empty) and replace it with gas which can be pure or mixed. This system is generally used on machines such as: Thermoforming machines, thermosealing machines, bell machines.

Another very valid system is gas flushing, or washing the package with gas, this process is carried out by injecting such a quantity of gas into the package as to make the air almost completely escape from the normal atmosphere. This system is generally used on machines such as: horizontal or vertical Flow Packs.

In addition to the aforementioned techniques, no less important is the choice of gas or gas mixtures suitable for the product to be preserved, as well as the choice of the film to create the package, it must guarantee the impermeability to prevent the previously introduced gas from escaping. and at the same time do not let harmful gases present in the atmosphere enter.

Manage Cookie Consent
To provide the best experiences, we use technologies such as cookies to store and / or access device information. Consent to these technologies will allow us to process data such as browsing behavior or unique IDs on this site. Not consenting or withdrawing consent may adversely affect some features and functions.
Manage options Manage services Manage vendors Read more about these purposes
View preferences
{title} {title} {title}